Telephone: 01768 861 400Email:
All calls are recorded for training and resolution purposes

Today, 75 years on, the United Kingdom remembers the end of war in Europe. We’ve been speaking to some of our residents in our Assisted Living Schemes in Penrith, who have only been too happy to share their memories from the War and VE day, and this certainly makes interesting reading. With their permission, we’d like to share these memories with you. 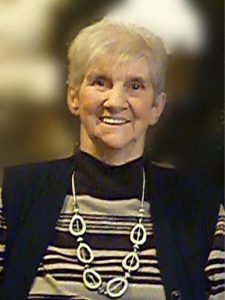 Mrs Louie Dent was 19 years old at the time of VE Day and she was working at Cocklakes in a plaster board factory among German and Italian Prisoners of War. She had wanted to join the forces, but her mother asked her not to as her father had been killed in a railway accident years earlier and Louie was needed to help at home.

Louie remembers celebrations in Penrith were carried out in the Drill Hall at the top of Portland Place, which has now sadly burned down and was demolished in 1965.The Penrith Clock Tower (Musgrave Monument) was another favourite place to celebrate. Crowds gathered, singing and dancing, with people glad that the war was over in Europe!

Big bands like the Squadronairs and local Frank Walton used to play regularly at the Drill Hall during the war to entertain the troops and locals. Celebration dances were also held in St Andrew’s Parish Rooms.

After the war ended Louie met her husband who had previously fought in the Chindits (known officially as the Long Range Penetration Groups). They were special operation units of the British and Indian armies which saw action in 1943–1944, during the Burma Campaign of World War II. Mr Dent became the body guard to Mountbatten for a while before settling back in Penrith to marry Louie. 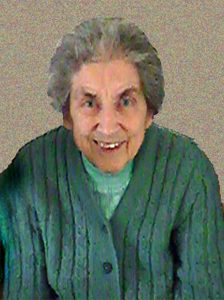 Mrs Edna Shadwick was 20 years old when VE day happened. She had been requisitioned to work at 14 MU Maintenance Unit as a Clerk doing “War Work” at the age of 18, earning £1-30 shillings a week (which was a step up from the local Carlisle Coop where she was employed).

Edna was singled out for special training on a punch machine as everything was coded in those times. All the codes were for different aeroplane and automobile parts which were sent to depots in the north of England. She worked in an aircraft hangar, the organisation was run by military personnel, and everyone wore uniforms.

When VE day was announced Edna can remember being invited along with all her work colleagues to a large field where there was lots of music and dancing, with food and drink, and everyone had a lovely time. 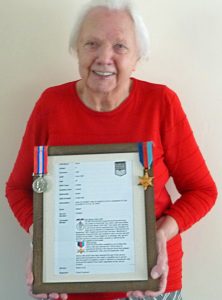 Mrs Nora Maule’s father, Henry Little, had already been in the army when he was a young man and joined up again when war broke out in September 1939. Henry was a Sapper in the Royal Engineers but was sadly killed on 1 June 1940 at Dunkirk during the D Day Landings.

Henry’s body was brought back and buried at Shap where his family were living during this time. Henry was awarded two medals – one of which was the War Medal 1939-1945, awarded to all full time service personnel who had completed 28 days service between 3 September 1939 and 2 September 1945. The second medal was the 1939-45 Star for Operational Service in the Second World War.

Henry left a wife and three little daughters who were all still at school during this period. Nora was the eldest and only 10 years old when she lost her father. Her mother did her best to bring up the three girls on her own, living with their Grandmother near the Granite Works in Shap. Nora and her sisters would walk about two miles to school and back every day, hail rain or shine. She recalls the education they received was pretty basic as it was war time. There wasn’t a lot in Shap in those days, but there was plenty to eat and Nora can remember a good community spirit among the villagers as they always looked out for each other.

Nora helped her mother with her two younger sisters until 1952, when aged 22, she joined the army herself. Nora learned to drive in the forces and became an ambulance driver. She can remember how proud she felt driving round London in her Ambulance with a big red cross on the side of it. Nora recalls just after she received her army training it was the Coronation of Queen Elizabeth, and she was requisitioned to assist in looking after and feeding the troops who came from all over the world to London to take part in the celebrations.

The skills Nora learned in the army were very useful in later life as she drove a Birketts’ van all over the Lake District delivering bread and food stuffs to shops and outlets.

Mrs Vida Mason lived in a little village called Altonstanton in Norfolk. Her mum ran a little shop and opened a cafe for the troops, as the village was full American soldiers and the outlying area had lots of RAF air bases. She can remember talking to some of the military when they visited the café, and there were also Prisoner of War camps in the area, of Italian and German soldiers, who were sent to work on farms.

Vida was 13 years old in 1945, and still at school. The village schools were full to capacity with evacuees, so their education was not full time. Later on Vida was sent to a special college to learn shorthand and typing, and she then went on to train to be a nurse.

Vida`s step-father came from the East End of London, and during the time of VE Day, she and her mother visited her step family in London. They had to get off the bus and walk the rest of the way, as the crowds of people were overwhelming and the traffic came to a standstill. Everyone was having street parties and they would be shouted at and invited to go over to join them. There were tables of food all down the streets and crowds in the centre of London singing, dancing and kissing. Vida remembers it as a very jolly, happy time. 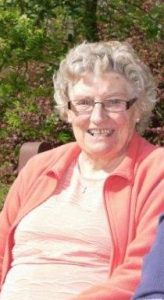 Mrs Vera Nixon was 17 years old on VE Day and was working at Miss Robson’s Clothes Shop in St Andrew’s Churchyard. All the clothes were made on site, and she can remember hearing the news when it was announced on the radio.

Vera didn’t personally know anyone serving in the war. She was born in Carlisle, grew up in Newton Reigny and attended Brunswick Road school. She would take her gas mask with her each day, and can remember going to school with evacuees from Newcastle.

Vera recalls that there wasn’t much money around as rations were still on, but they still enjoyed what fun they had.

She can remember the excitement and relief on hearing the news, and the happiness all around. People danced around the Musgrave Clock (Town Clock) and the old Boots chemist played music out of the upstairs shop window. People were dancing in the streets and Soldiers based nearby came to join in too.

Vera went on to marry and have 8 children, spending all her married life in Penrith.