Telephone: 01768 861 400Email:
All calls are recorded for training and resolution purposes 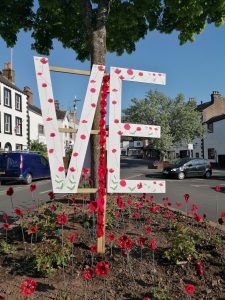 At 15:00 on 8 May 1945, Prime Minister Winston Churchill announced on the radio that the war in Europe had come to an end, following Germany’s surrender the day before. Today, 75 years on, the United Kingdom remembers the end of war in Europe.

The coronavirus outbreak means that there will be no street parties, parades or concerts this year, but nonetheless there is plenty going on to celebrate with people commemorating the 75th anniversary of VE Day within their own homes.

Socially-distanced wreath-laying, a two-minute silence, a re-broadcast of Winston Churchill’s speech and an address from the Queen are among the national events taking place.

The government is encouraging people to watch the events on the BBC and to hold 1940s-style afternoon tea parties within their households.

Various events are still going ahead, including:

We urge you to stay home, stay safe, and celebrate within your own household